International Exchange on Media and Religion 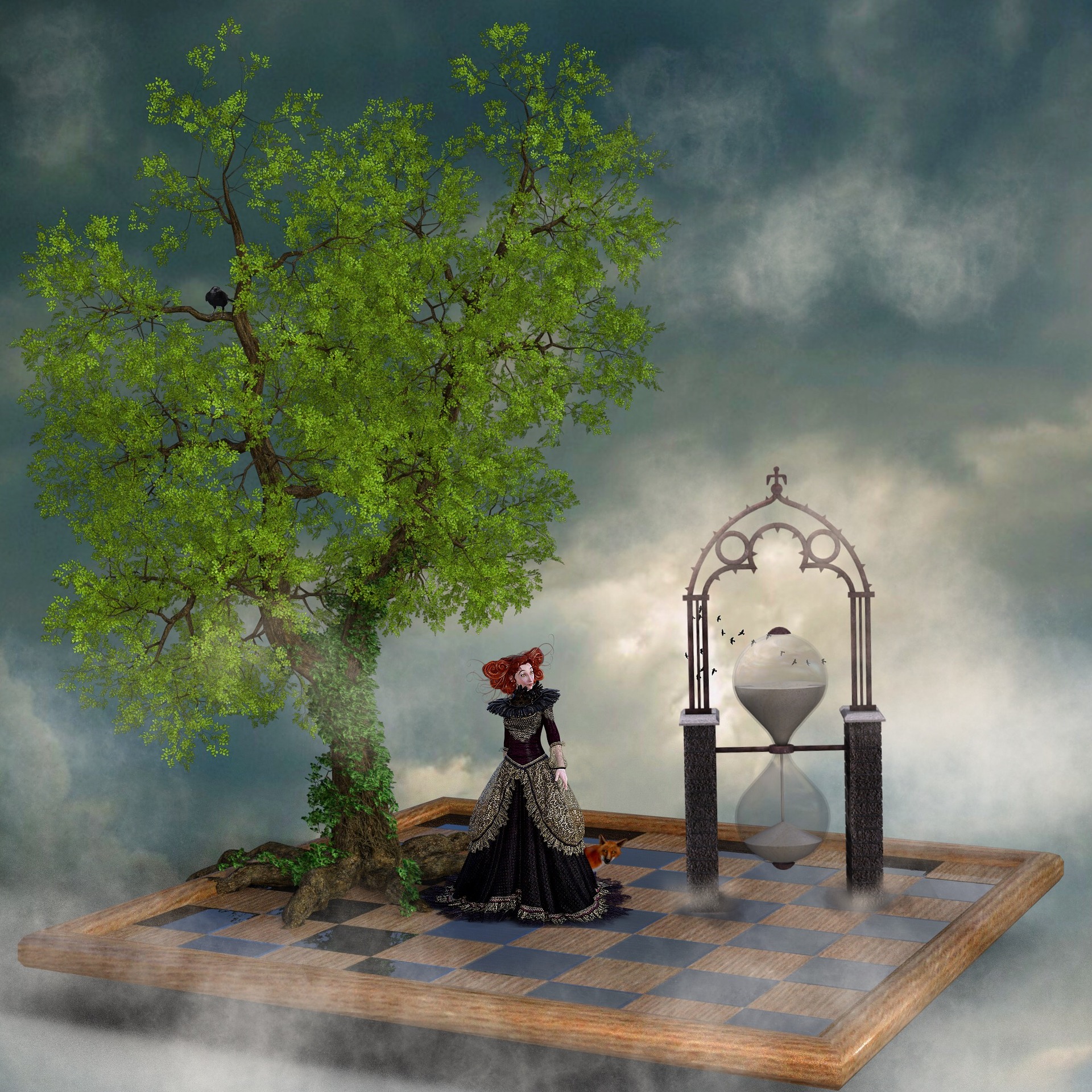 The new project of the International Exchange on Media and Religion focuses on a theoretical question that has so far been neglected in research on media and religion. We are interested in deepening the normative dimension of (audio-)visual and material communication within religious traditions and in exploring their influence on broader cultural contexts. The theoretical reflection about the normative significance and impact of (audio-)visual and material communication is articulated on different levels:

These general questions will be discussed dealing with a selected, concrete question: the representation of Europe with a particular focus on material and visual culture.

In the contemporary society, “Europe” is a broadly debated concept. The project focuses on the normative aspects and impacts of (audio-)visual and material communication that shapes general ideas of Europe as a common, yet ambivalent and contested frame for identity processes. Particularly, we are interested in the role of religion in visual and material culture and the related practices that produce an idea of Europe as a common ground, in a spatial, temporal, or societal sense. By considering the religious dimensions of historical or contemporary aspects of European culture, the case studies could focus on questions like: 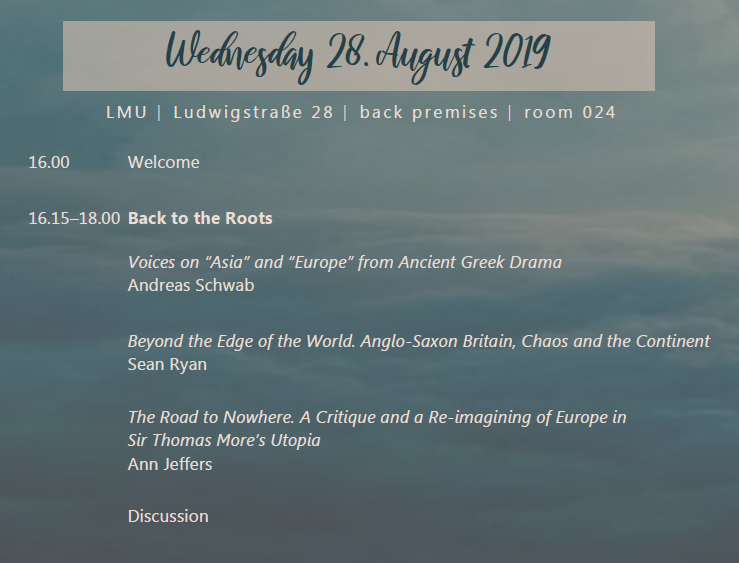 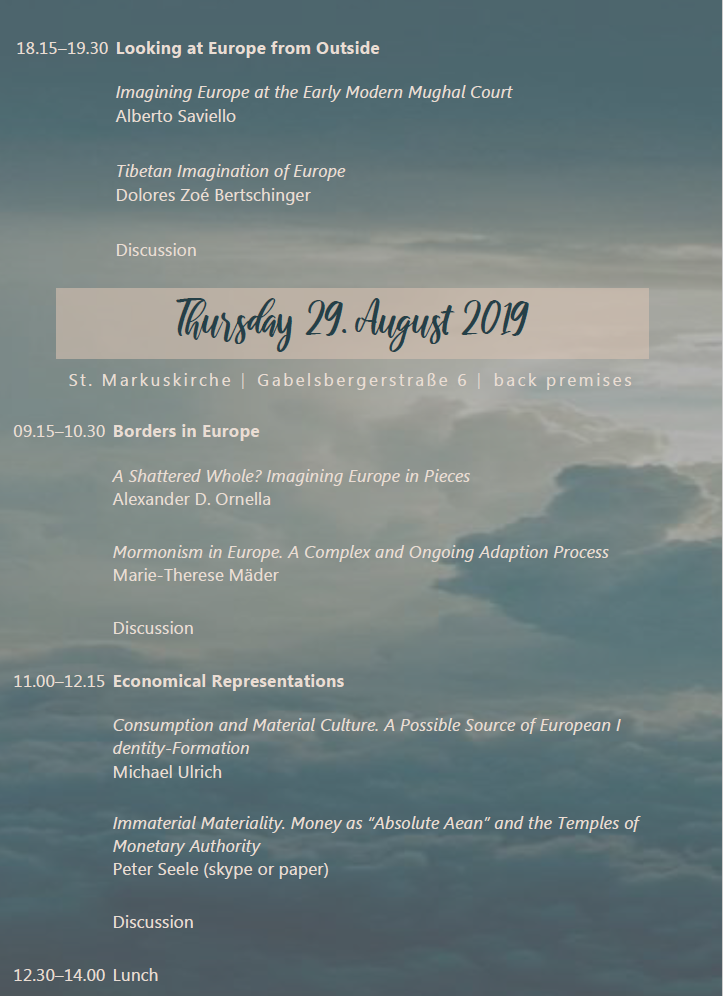 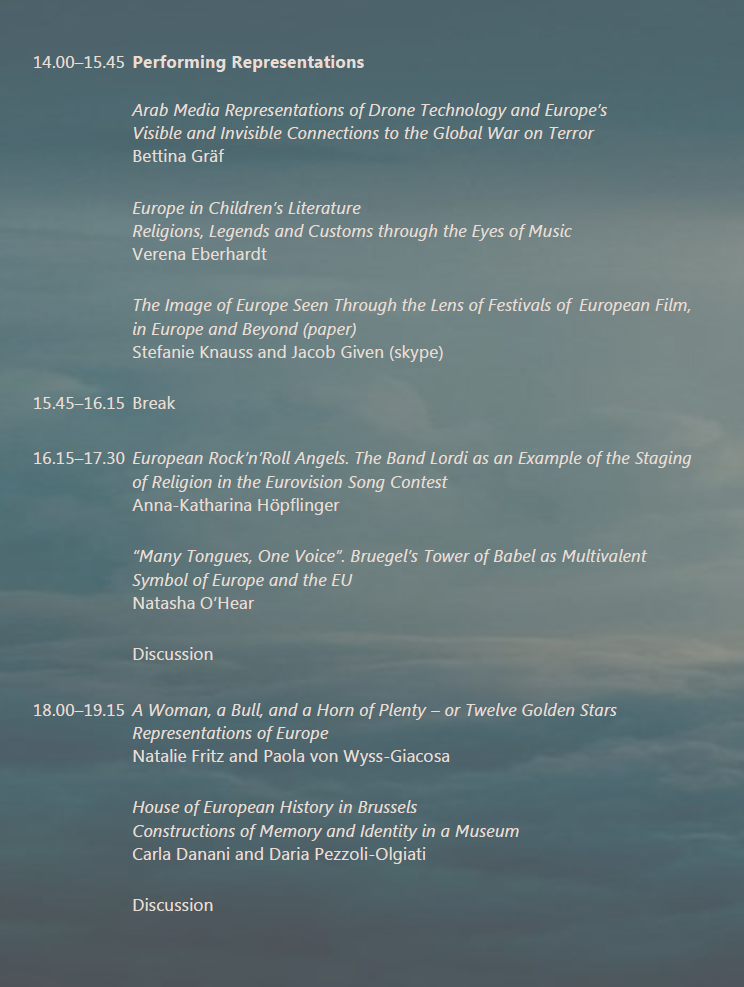 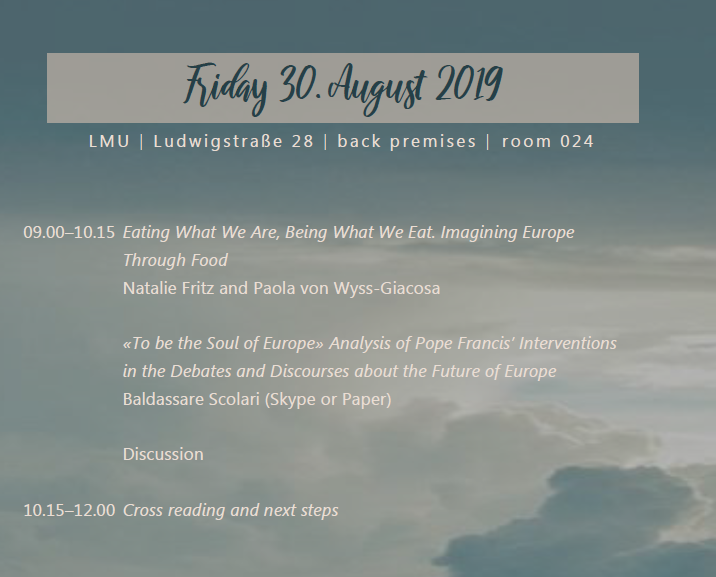